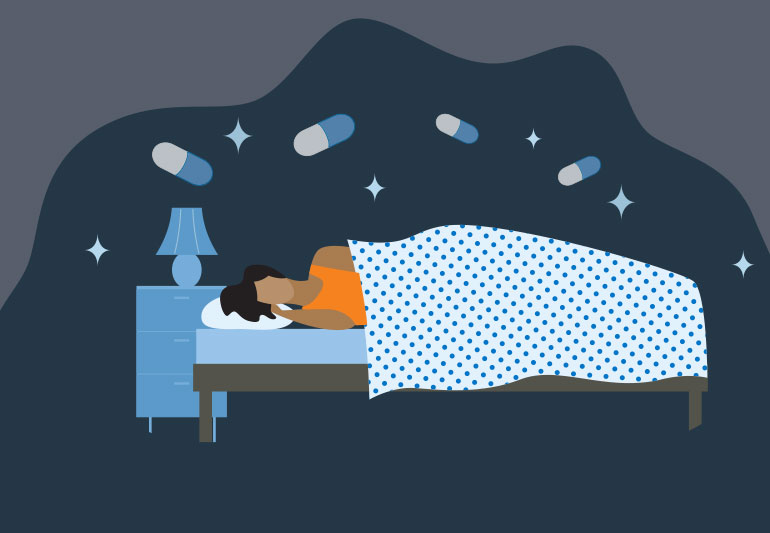 Hey guys today I wanted to discuss immediate release (IR) and prolonged release melatonin (PRM) and some of the factors I consider when choosing these formulations.

The most important factor I consider when determining if melatonin has a role in each case is figuring out what the root cause of the sleep disturbance is. For example, if my clinical assessment is that patient has undiagnosed sleep disordered breathing, melatonin isn’t going to be my first choice for treatment. Unfortunately, thousands of people will continue to self medicate with hypnotics rather than having a sleep study to investigate poor quality sleep with snoring.

‍If we refer back to my last post, we looked at melatonin secretion in a person who sleeps from 11 pm to 7 am. You will recall their dim light melatonin secretion (DLMO) begins around 9 PM, with increasing concentrations, peaking at 3-4 AM and then decreasing to near zero at their usual wake time of 7 AM.

In a night owl, that curve might be shifted to the right but with about the same pattern.

In some cases like aging (>55) or with medications like beta blockers, we might see decreased secretion so that the curve has a flatter peak and a shorter span.

In other cases, such as neurological diseases that involve the retinohypothalamic tract (see earlier video) we might not see much of a peak at all, in fact pulsatile melatonin secretion may be absent.

IR melatonin which is the most common OTC formulation will produce a nice peak, but it is metabolized rather quickly. Melatonin has a half life of about 30 minutes so IR won’t last the entire night. This might work well in the case where the circadian rhythm is delayed to help shift the curve back to the left.

However, in cases such as age-related decline, medication use (beta blockers), or neurological disease, we would want to utilize a PRM to help simulate the endogenous secretion of melatonin.

In Europe there is a PRM available by prescription called Circadin.